I'm having a persistent issue, I believe I tried to get an answer before but didn't get any satisfactory solutions, so I'll try again.

My issue is as follows: my client has their website, with an online store. Someone visits the store, and wants to purchase something. They go through the steps, and then they reach step 4, which has the order confirmation, and below, a link to go to Paypal to pay.

However, a lot of people can't seem to figure out that their order is actually incomplete, and so they leave without paying.

I understand that it's not currently possible to split up to create a fifth step, where the fourth is just the payment, and the fifth is the confirmation (even though it's the norm and everywhere else does as such and I truly don't understand why there is such an issue against incorporating such an idea- or even allowing people to customize it as they wish).

Generally there are those pop-up/messages when you're leaving a page that say "the page is asking you if you want to leave" or something akin to those lines, preferable if it's custom, so people will know that they need to pay.

Any help/pertinent solutions would be appreciated.

Hello. I sent a notification about your question to the company employees, expect an answer from them here in the comments.

This is not what you want.But you can change the text on the page.You can write there that customer need to pay for the order. 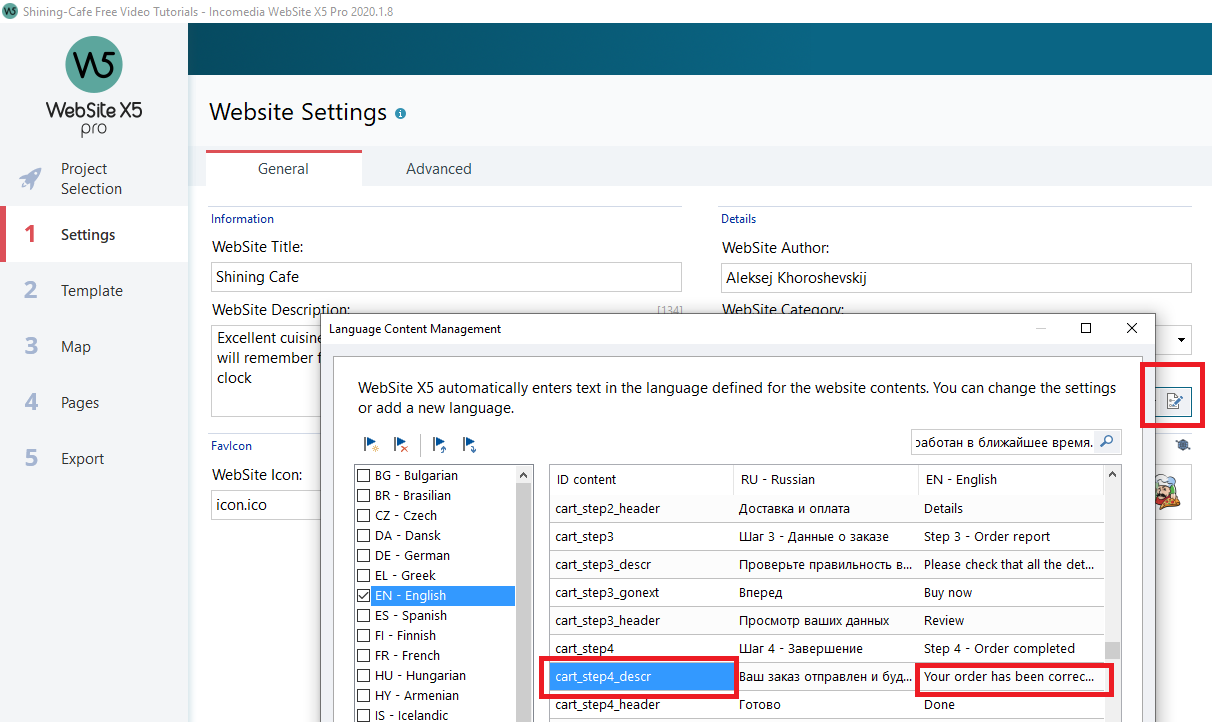 The thing is I've already changed that - but it's not enough because it still happens.

Not to mention, I actually think that the latest update deleted the edited text that I had for the steps, which was a bit annoying.

Additionally, I have no idea why the new system has the buttons showing up twice in the previous steps. It's confusing.

We're aware of such situations and put up some workarounds to avoid this. One of these is, of course, the possibility of changing the text in the final page of the checkout process.

Modifying the text that is presented to the user can surely help him understand the situation. In many cases also, the user was convinced of the fact that the order had ended because he received an email saying that the order had been accepted. This can be avoided by using PayPal as a payment method and configuring the email to be sent only when the payment has been in fact completed.

That being said, there is not much else that can be done. When an order is completed, the user should know that payment is a mandatory step and these are the methods that are currently available to you in making him understand this.

If you have any further advice for this, let me know here

My suggestion would be to create a 5th step, so the order would be: the cart, payment option, personal information, pay now, and then the confirmation. Because even if I change the text, the fact still stands that it's the page layout that's confusing, particularly considering the pay button is at the bottom of the page, so it gets lost.

And I do have the email set as configured for after the order goes through, but it still sometimes glitches up and sends before, and they show up in the admin section for processing even before payment.

Even though it appears intuitive, we've often come across the fact that there are ways that people might miss the point, so if we can make it absolutely intuitive and prevent any kind of mishaps.