Together since the early '90s, Zydeco Hounds are always sought out when one is looking for some of the finest Cajun and zydeco musical entertainment. Chris Belleau is a physiatrist (a specialist in physical therapy and rehabilitation) by day, at night you can find him cookin' up a storm with the Zydeco Hounds as their accordion player and lead vocalist. Some of the other instruments you might find him playing are the trombone, harmonica and piano. Another bandmember, Greg Ward, has the same occupation as a physiatrist. Greg Ward is the percussionist, playing the frottoir plus. Probably the bandmember who most people will be familiar with is the guest bass player, Joe Osborn. He is one of the most recorded bass players in the history of recorded music. He has played with America, the Carpenters, Neil Diamond, England Dan & John Ford Coley, the Fifth Dimension, Art Garfunkel, the Grass Roots, the Mamas & the Papas, Olivia Newton-John, Helen Reddy, Kenny Rogers, Simon & Garfunkel, Barbra Streisand and Three Dog Night. In 1999, being in semi-retirement, Joe Osborn had moved back to his hometown of Shreveport, Louisiana. Two of his sons, David and Darren, appear on the 1997 release, Shake It Don't Break It. David Osborn plays the drums and Darren Osborn sits in on the piano and drums. Al Courouleau is the guitarist for Zydeco Hounds. He was the staff guitarist at Studio in the Count in Bogalusa for many years. He has recorded with a lot of different artists including Gatemouth Brown, Luther Kent, and Johnny Winter. Rich Courtney is the drummer for Zydeco Hounds. Some of the artists he has played drums for include Wayne Cochran, Z.Z. Hill, and John Connely. In their live shows and appearing on the album, Shake It Don't Break It, on the bass is Dave Ellis. He is a stockbroker by profession, but also considers being a musician a job because keeping a band tight is work. This is how Zydeco Hounds describe their 1997 release: "This is a collection of Louisiana swamp music, La, Zydeco and Cajun Rock & Roll, with a touch of New Orleans Rhythm & Blues. It is best appreciated while eating crawfish and sipping on your favorite festive beverage. Play it loud!"1990's CDs from Chris Belleau & The Zydeco Hounds, Louisiana blues, zydeco, cajun music 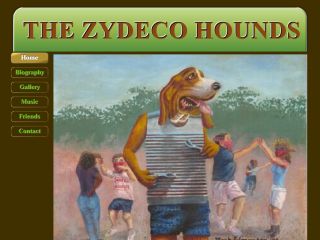 Other websites by the same author 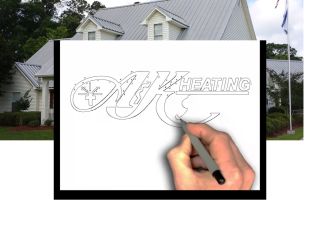 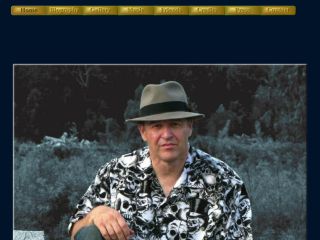 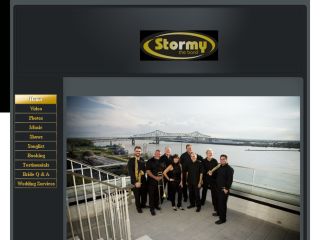